Prince William will inherit the duchy, along with the title the Duke of Cornwall, when his father, Prince Charles, becomes king.

The meeting must have made Prince William aware of the responsibilities ahead of him, and has given him the sense of continuity in keeping up with the royal tradition.

The Duchy of Cornwall is a portfolio of land and property interests that is valued in the range of £700 million (US$ 1.12 billion dollars).

The duchy owns around 133,658 acres of land in over 23 counties, including farming, residential, and commercial properties, as well as an investment portfolio.

It generates an annual income of about £17 million (US$ 27.2 million dollars) for the Duke of Cornwall, which he uses to fund his public and charitable work as well as his own activities.

Although the first in line to the throne owns the income from duchy estate, he does not own the estate outright and does not have the right to sell capital assets for his own benefit.

The duchy was created in 1337 by Edward III specifically to provide an income for the heir apparent. 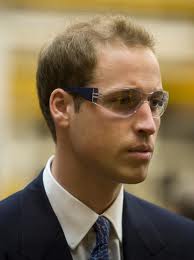