Guy Ritchie had first met Prince William through his friend William Duckworth Chad, the estate agent who sold him and his former wife, Madonna, Ashcombe House in Somerset and that’s where Prince William and him became friends.

Ritchie, the movie director was among those invited by Prince William in his royal wedding at Westminster Abbey. Other royal guests might have puzzled his presence there but the film director may, however, soon be able to return the favor.

Steve Tisch, Ritchie’s friend and the executive producer of his films ‘Lock’, ‘Stock’, ‘Two Smoking Barrels’ and ‘Snatch’, is to host a party for the couple when they visit California in July.

Tisch, is expected to host the event at his opulent Los Angeles home with other top studio moguls and actors among the guests.

It would be the first exposure of William and Catherine to the people of Hollywood. While it will be a small event around 30 couples but there are big names expected to be there in the venue.

The Duke and Duchess’s two-day trip to the Golden State will be the first time that the former Kate Middleton has been to America and her husband’s first official visit.

David and Victoria Beckham, who live in LA, where the former England captain plays for LA Galaxy, will also be keen to see the royal couple. The Beckhams were among those invited in the royal wedding.

A spokesman for the British Embassy in Washington has not yet released the details of the Duke and Duchess of Cambridge visit to the United States. 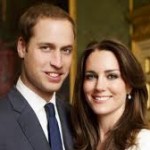