Prince William and his new wife Catherine have gone on honeymoon, Clarence House has said.

“The couple have asked that their privacy be respected during their honeymoon.”
The couple spent their first weekend of married life at an undisclosed UK location. Now in their second week the couple left UK for their overseas honeymoon.

The Duke and Duchess of Cambridge, have arrived in the Seychelles for their honeymoon after flying out on a private jet last night.

A spokeswoman for the Indian Ocean country’s department of tourism said the royal couple landed at the country’s main airport at 7.20am local time this morning.

The couple were seen leaving their Anglesey home with considerable number of luggages. 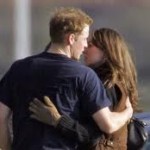