Prince William and Kate Middleton have visited Scotland their first as a married couple, taking over Prince Charles’s retreat on the Balmoral Estate.

William was this time again given permission by his father to use Birkhall for the long weekend.

The Duke and Duchess of Cambridge were there as part of a house party which the Duke hosts for a group of guests about once a year.

It is believed some guests were put up in cottages in the grounds. But William and Kate did visit the Queen, who is enjoying her traditional two-month stay at Balmoral.

Prince William and Kate Middleton broke with royal tradition by not spending some part of their honeymoon at Balmoral, unlike the Queen herself, Princess Anne and Prince Charles.

Insiders say the get-together also allowed the Queen to spend some time with Kate to “get to know her better”.

It was the first time Kate joined the Royals as a member of the family on their annual trip to Scotland.

Royal author Ingrid Seward said the holiday in Scotland would also allow Kate to meet all the staff at Balmoral in preparation for her possible future role as mistress of the house. 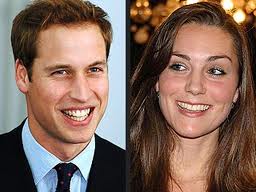