Currently, it is not only in the western world where a lot of children suffer from obesity, hypertension, cardiovascular problem, diabetes and other diseases.

In the Middleeast as well, children as young as eight years old are being prescribed with anti cholesterol drugs.

The Gulf News in Dubai reported that doctors have prescribed anti cholesterol drugs called statin to children because they have high levels of low density lipoprotein (LDL) or bad cholesterol and triglycerides in the blood.

High cholesterol in children, as well as in adults, is a major factor in heart disease. Junk food and a sedentary lifestyle (no physical activity) are being blamed as the culprit.

According to Dr. Ahmad Kalban, general physician and director of Safa Health Center, he had to prescribe statins to children after weighing drug risks against potential benefits.

Dubai’s practice of prescribing anti-cholesterol drugs for children is echoed by a recommendation made by the American Academy of Pediatrics, which said that children as young as eight years old can be placed under said treatment.

For children who face high risk factors for heart disease, prevention, they claim, is better than cure in the light of modern society’s sedentary lifestyle and high fat diets.

Aside from engaging in physical activities, children can also be taught to eat healthy and balance diets. 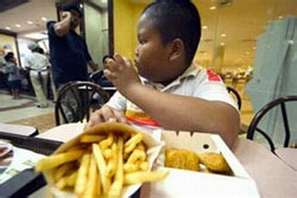