Prince William has told his grandmother, the Queen that he wants to stay as Royal Air Force (RAF) pilot beyond 2013 when he is due to leave, it was reported.

Among his responsibilities as search and rescue pilot include supporting mountain rescue, the coastguard and air ambulance services.

The Duke’s grandmother and his father, Prince Charles has both full support of him, whom he is known as Flight Lieutenant Wales in the RAF.

The future king currently combines his job as a Sea King co-pilot based at RAF Valley on Anglesey with around 40 public engagements a year in connection with the charities he supports.

He had been due to leave the RAF in 20 months’ time after a three-year tour of duty but has discussed his decision to stay on with the Queen and Prince Charles.

Both she and the Prince of Wales are in the opinion that the first in line of the throne should seize the opportunity to enjoy his career in the RAF while he can.

The Queen knows what it is like to take on full-time royal duties for the Duke of Cambridge at a young age. 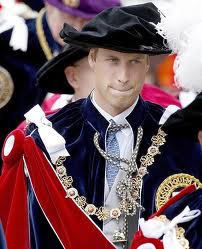