Do you have a talent for sculpting and a rich wild imagination to vouch for? Be a prosthetic make-up artist, it’s one of the exciting, high paying job, flexible working time and be your own boss job opportunity with a little investment to spare.

Consider Star wars, X-men, Jurassic Park or Harry Potter. The success of these flicks is largely due to its special effects made possible by its creators and prosthetic make-up artists who bring to life the characters on screen. These people make a fortune with each masterpiece that they create.

A noted expert prosthetic practitioner who heads the Cambridge School of Visual and Performing Arts in UK, teaches prosthetic make-up to students in theater, film and television. He has been in the business for fifteen years, shares that he gets 350 pounds a day just for his consultancy fee while he charges 750 pounds per day for his working time.

According to him, professional prosthetic make up artists in the UK earn an average of 500 to 750 pounds a day just to do work (create cuts and bruises) on a face. A whole body cast would cost from 2000 to 7000 pounds. If body cast is “fully animatronic” the cast could go up even more to 100,000 pounds.

Prosthetic make up is the process of using prosthetic sculpting, molding and casting technique to create advanced cosmetic effects. The most common prosthetic on films are special effects such as making people look old and injuries (cuts and bruises).

The big effects start with life casting, the process of taking a mold of a body part to use as a base of sculpting the prosthetic. In films, the body cast (whole body) is used to create fat suits, for women becoming pregnant or men becoming creatures.

It is done by casting the whole body from tip of the toe to top of the head. Next, they sculpt what they want the effect to look like directly on to the sculpture they have made of the body. Then, they mold from that stage and clean the clay off, so they have the coal which is the cast and the mold which is the shape of the creature.

Then, between those they sandwiched different materials depending of what it is. And now becomes the piece that they stick on to the body and head. A small piece will take one to two weeks to finish while a large piece could take up to a month.

Prosthetic industry in the UK is big and continuously flourishing. In the US, prosthetic make up existed long before it was called that name. Shortly after that, it has grown more advanced each year with electronics, camera tricks, robotics and other sophisticated technology being tapped. 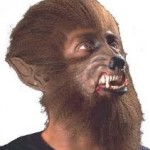 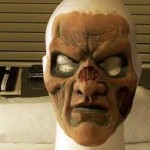