Queen Elizabeth has visited the Duke of Edinburgh in the hospital after the latter was likely to have suffered a heart attack which was halted by emergency surgery to unblock a blood vessel.

Prince Philip, 90, was flown to Papworth Hospital Cambridgeshire on December 23 after suffering chest pains during preparations for the Royal family’s Christmas celebrations at Sandringham.

The Queen was flown from Sandringham by helicopter, which touched down near the hospital, and visited the Duke of Edinburgh for around 45 minutes. She was joined by the Duke of York, Earl of Wessex and the Princess Royal.

The Prince of Wales and the Duchess of Cornwall also traveled to Papworth Hospital by car from Highgrove to visit the Duke.

Prince Philip has undergone a ‘minimally invasive procedure of coronary stenting’ and was successfully performed on him.

The Duke was described was in ‘good spirits’ according to a spokesman for Buckingham Palace, but he is expected to remain under observation overnight at the hospital.

The Queen has left reassured, knowing the Duke is in good spirits. Christmas plans tomorrow will go ahead with or without Prince Philip. 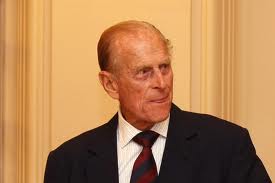