But unlike the pair’s 2008 clash, when Federer managed to win just four games in the most one-sided final in 30 years, Nadal was made to work harder for his sixth Paris title.

It was Nadal’s 17th win over Federer in 25 meetings and fourth in a Roland Garros final and his 10th Grand Slam title and equaled Bjorn Borg’s record of six French Open titles.

Federer, playing in his first Grand Slam final since winning the 2010 Australian Open, praised the Spaniard.

Top seed Nadal, who also was champion in 2005 to 2008 and 2010, took his overall Paris record to 45 wins against just one defeat and victory also meant he retains his world number one spot. 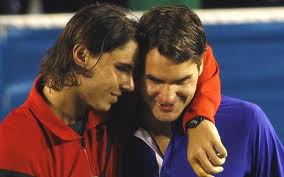