However, defenders of tilapia aquaculture point out that this young and rapidly growing industry, has begun improving standards.

Proponents say tilapia aquaculture will only grow in importance because it provides food and jobs in a world of declining fish stocks and rising population.

Native to African lakes, tilapia was deployed in many poor tropical countries in the second half of the 20th century to control weeds and mosquitoes in lakes and rivers.

Farmed tilapia reaches its sales weight of about a kilogram in roughly nine months of intensive feeding.

For shoppers picking of tilapia from China, Honduras or Ecuador, there is little guidance. For the moment Seafood Watch lists tilapia raised in the United States as a ‘best choice,’ fresh tilapia from Latin America as a ‘good alternative’ and frozen tilapia from China as ‘to be avoided.’

Dr. Bridson, aquaculture research manager of the Montery Bay Aquarium in California, said these rough ratings were largely based on the presence of effective monitoring in those places and how farms disposed of their waste.

Many biologists worry that the big business of tilapia farming will outweigh caution, leaving dead lakes and extinct of species due to its inferior fish farming practices.

And much of the tilapia on the world’s market comes from China, whose fish farms are regarded as poorly regulated which is why the industry needs to raise the aquaculture standards in the propagation of tilapia in that country.

China exports the fish frozen and packed in carbon monoxide to preserve color and make the product appear fresh once it is thawed for retail sale.

People willing to pay US$ 3.99 a pound for this frozen stuff from China rather than the locally produced of US$ 5.99 for fresh, especially during this time of recession. 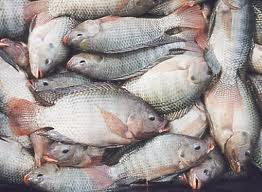 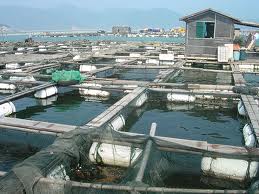