It was the third time in Djokovic’s career to reach the semi-finals at the All England Lawn Tennis Championships.

Tomic, the youngest quarter-finalist at Wimbledon since Boris Becker in 1986, made a string of basic errors but out of the blue he hit back in the fourth set, whipping a ferocious forehand down the line to seal another break.

The 24-year-old Serb rediscovered his consistency and earned himself two match points in the next game, the first of which he converted when Tomic netted a ground stroke.

It was the first time the two met in a competitive match after they became friends and practicing together.

Federer barely looked challenged while winning the first two sets against the 12th-seeded Frenchman. But the Swiss star, who had been 178-0 in matches in which he had won the opening two sets at a major tournament, was broken one time in each of the last three sets.

The third seed’s defeat was the first time he has lost a grand slam match having been two sets up.

Federer was helpless to stop Tsonga’s momentum with the Frenchman laying into every stroke with all his might.

Djokovic will meet Tsonga in the semi-finals 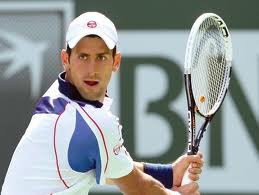 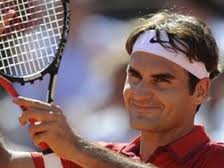