The American Idol 2012 season is seen to return on January 22, 2012, along with its weekly schedule, Wednesdays and Thursdays, post-auditions.

Steven Tyler and Randy Jackson both signed multi-year contracts ahead of the 2011 season so that should guarantee them to be back and will be sitting again as judges in this upcoming ‘Idol’ 2012 season.

Jennifer Lopez, however, did not sign a multi-year contract and instead went with a single season that had the option for renewal. So far it seems that renewal has not been confirmed and no details on if either side is giving away.

Lopez recently said in an interview that she hasn’t made up her mind about another season.

“I don’t know if I will do another season of American Idol. I’m taking it day by day at the moment and we’ll see what happens,” Lopez said.

Lopez reluctance for a new commitment in American Idol, though she did not elaborate, it is maybe due to her Latin talent search show “The Chosen” along with her sudden renewal of music presence. 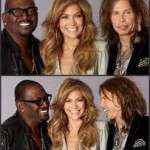