Avian Flu virus (H5N1) was first identified in 1997, where almost all H5N1 human cases have been contracted through contact with live or dead birds.

What was noted at first, people got infected with the virus nearly always from contact with birds and they almost never transmit the disease to other people.

According to top Dutch scientist Ron Fouchier, his team had found that transmission of the virus was possible between humans.

In a laboratory, it was possible to alter the H5N1 into a virus, that can easily be disseminated through the air. This process known as ‘mutation’ could also happen naturally, Dr. Fouchier said.

Now, scientists around the world will have to grapple with what to do with Dr. Fouchier’s creation.

Bio-security experts fear an altered, more contagious form of the virus could spark a pandemic deadlier than the 1918-19 Spanish flu outbreak that killed up to 40 million people.

Scientists who created a potentially more deadly bird flu strain have temporarily stopped their research amid fears it could be used by terrorists.

Researchers defend their research as crucial to public health efforts to detect when the H5N1 influenza virus might change in the wild in a way that could spark a pandemic.

However, they are bowing to widespread fear that the mutant viruses ‘may escape from the laboratories’ and be used to create a bio-terror weapon, they wrote.

In a letter published in Science and Nature, the teams call for an ‘international forum’ to debate the risks and value of the studies.

The National Science Advisory Board for Bio-security (NSABB) recommended key details be omitted from publication of the research which sparked international furor.

Two scientific journals now want to publish the research, albeit in redacted form, and are trying to work out with the U.S. government how to make the data accessible to ‘responsible scientists’.

To give the scientific community and governments time to determine whether the research can be conducted safely, the scientists who altered a deadly flu virus to make it more contagious have agreed to suspend their research for 60 days to give other international experts time to discuss the work and determine how it can proceed without putting the world at risk of a potentially catastrophic pandemic. 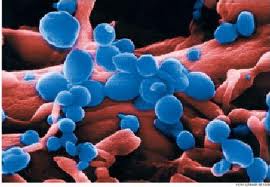