Happiness in life, they say, is what you make it, and it is related more to relationships with those around you than the status that comes from how much wealth you have deposited in the bank.

The respect and admiration of your peers is far more likely to make you happier than your wealth, a new study shows.

Psychologists from the University of California, Berkeley carried out four studies to observe the connection between various types of status and our overall happiness in life.

In one study, the researchers carried out a survey of 80 university students who between them were involved in 12 different social groups such as fraternities or sororities.

For each student, they estimated their sociometric status, or their standing in the group, by combining self-reported ratings, reports from peers and any senior role they had within their group. The researchers also asked about their income.

They found that sociometric status was directly linked to students’ psychological well being, while their socioeconomic status, how wealthy they were relative to the group, was not.

Cameron Anderson, a PhD student who led the project, said: ‘One of the reasons why money doesn’t buy happiness is that people quickly adapt to the new level of income or wealth.

Lottery winners, for example, are initially happy but then return to their original level of happiness quickly,’ he said.

Another, larger study suggested that well-liked and respected students particularly enjoyed the feelings of power and acceptance, while two further experiments backed up the findings.

‘It’s possible that being respected, having influence, and being socially integrated just never gets old,’ Anderson said.

In the four studies, there were clear evidence that sociometric was much preferred in terms of status than socioeconomic, according to the report published in the Psychological Science journal. 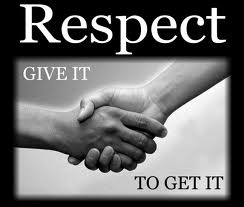