With petrol prices go upward to an unprecedented level, petrol driven generating thermoelectric plant is a lucrative proposition that power cost is expensive and would not be affordable to consumers.

Tapping biomass fuel like rice husks for thermoelectric plant is a good alternative which is very much cheaper to use than petrol, besides Philippines is in abundance of rice husks being one of the top producers of rice in the Southeast Asian region.

The use of rice husks in generating electricity is nothing new, it has been in use in Thailand for quite sometime now and it has been successful in providing electricity especially in rural areas where rice are their chief staple crop.

In the Philippines power plants fueled by rice husks have been piloted in Luzon and Mindanao but their use has not been maximized.

But now in Nueva Ecija a rice husked fuel power plant is soon to rise that would assure steady supply of electricity in the city and nearby communities.

“The good thing is that this project is a ‘winner’. The feedstock is already a waste. Through this plant, it can be processed to generate power while the by-product is a fertilizer,” he added.

Edgardo Alfonso, president of San Jose City Rice Millers Association and San Jose I-Power chief operating officer, said the feasibility study for the project was validated in a study of Energy Facility of the Asean Center for Energy and Philippine Rice Research Institute in 2004.

“We will be using 110,000 metric tons of rice husks annually to power the plant. We will be paying P1,000 for every metric ton of rice husk that is delivered to us,” he said.

Local officials, for their part, said the soon-to-be constructed rice husks-fueled plant would also provide additional income to farmers and will command an increase in the value of rice which remains to be the city’s top product.

Almendras said the San Jose City I-Power Corporation, a collaboration of local rice millers and mall chain company, is designed to generate 9.9 megawatts which would be enough for this city’s consumption.

In Thailand most common plant size ranges from 2 MW to 10 MW capacities but today 22 MW size capacity is now available.

There was a study in the Philippines for a 30 MW power plant size but it didn’t materialize due to rice husk collection and transportation issues which need yet to be addressed. 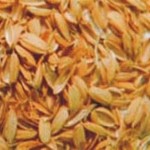