The plan by the Philippine Postal Corporation (PhilPost) to add basic banking services to their Post Offices all over the country is a welcome development.

Such move to convert post offices performing quasi banking services will help boost local economies that are in dire need of the services of banks.

“By next week, will be submitting to the Bangko Sentral ng Pilipinas all the documents for the approval of this ambitious plan,” said Sarino.

By January, 2013 Post Offices all over the country will now serve the banking needs of municipalities even as reforms are now set in place to regain the trust and confidence of the people in the postal system.

With 32 percent of municipalities that have no access to basic banking services, Sarino’s bold program to convert existing postal offices into extension banks would provide banking facilities at relatively lower costs.

Sarino also bared an aggressive program to cash in on the more than P22 billion pesos foreign remittances of Overseas Filipino Workers (OFW) using the facilities of the Philippine Postal Savings Bank.

“After 3 to 4 years all the 1,800 post offices will serve as bank extensions”, a confident Sarino said.

With only a year at the helm of PhilPost Sarino admitted that the poor quality of the postal service has eroded the trust and confidence of the public.

Post Office pilferages which has given the postal service a bad reputation will be a thing of the past with Sarino implementing sweeping reforms.

Sarino also vowed to strictly implement the ‘zero pilferage’ program under his watch while the fast and efficient delivery of mail is now under the watchful eyes of a private company hired to monitor and fast track every movement of mail from the post office to the recipient. 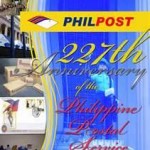