Robert Pattinson was emotionally devastated earlier this week as pictures of his girlfriend Kristen, 22, kissing the 41-year-old Rupert Sanders movie director, married and father of two hit the newsstands.

Sanders, was photographed with the American actress, Stewart, whom he had directed in the film Snow White and the Huntsman. He had cast her as Snow White and, somewhat tactlessly cast his wife, Liberty Ross, 33, as her mother.

The heartbroken British actor moved out of the California home he shared with Kristen after incriminating photographs showing Kristen and Rupert together were released on Tuesday.

Instead of directly confronting Stewart about the affair, Pattinson preferred to have a ‘man to man’ chat with Sanders to find out exactly what happened between him and Kristen, how far it went and how many times, so he can figure out if this is something he can move past.

Although, the couple are said not to be on speaking terms because of the incident, Robert has turned to the kindness of strangers to help him overcome rather than speaking to his family and friends about his anguish.

‘Kristen has already betrayed his trust by cheating, so he can’t be sure that she will tell him exactly what went on between her and Rupert. Rupert has a wife and a family to save, so Robert feels like he has nothing left to lose and would be honest with him,’ according to a source.

Rupert’s wife, however, the model Liberty, has been more forgiving this time. “She is prepared to give Rupert a second chance,” claims one of Ross’s friends. “She accepts that it was just one of those silly flirtations.”

Even if Pattinson doesn’t want to see or hear from Stewart, the pair will be reunited at the premiere of the final installment of the Twilight Saga, Breaking Dawn Part 2, in November. 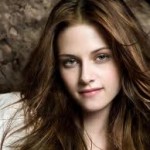