World no. 3 Roger Federer is the first player to win the Indian Wells tournament four times by defeating John Isner 7-6 (9-7) 6-3 to clinch the championship.

Earlier Federer made a semi-final win over world no. 2, Rafael Nadal while Isner has defeated world no. 1, Novak Djokovic.

Despite beating Djokovic, Isner struggled against the Federer serve, taking only three points in the entire match.

The former world number one, who previously won the tournament in 2004, 2005 and 2006, needed an element of luck to take the first set.

The American, who moved into the world top 10 with his win over Djokovic, bounced back by holding his serve to love in the opening game of the second set.

Isner elected to leave a lob which then hit the back of the baseline before Federer played out the set.

Federer though continued where he had left off, serving extremely well, winning seven consecutive service games to love. 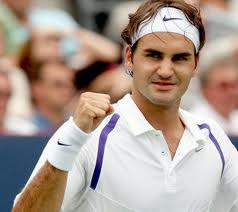