The Swiss became only the second player with tournament wins in Roland Garros and Bercy, the two men’s Paris tournaments.

A revitalized Roger Federer, winning the maiden Paris Masters title on Sunday, also sends a warning to his rivals ahead of the ATP World Tour finals.

The former no. 1 moved to one shy of Rafael Nadal’s record of 19 Masters titles.

Federer is now on a 12-match winning streak, after his title in Basel last week and two Davis Cup wins in September, going into the ATP World Tour finals.

Federer had been facing the prospect of failing to win either a grand slam or a Masters title for the first year since 2001.

His focused, steady attitude contrasted with Tsonga’s muttering and the former world No 1’s sharp first serve proved too much for the sixth seed to handle.

‘I’m a bit disappointed that I have not been able to play better,’ said Tsonga. ‘He was better today. He was just too quick.’ 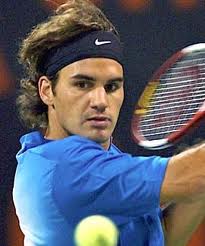