As far as ring performance is concern, Juan Manuel Marquez has not done enough to get the nod from the judges that is why he lost the trilogy to Manny Pacquiao.

It was a clear decision by the judges that should be respected.

As a challenger Marquez must have shown that he is the more aggressive fighter ready to snatch the title from the WBO welterweight champion to impress the judges but he has not done it.

It was Pacquiao who was clearly on the offensive and the more aggressive fighter of the two and who was dictating the pacing of the fight all throughout.

Before the fight we can see how bookmakers gauge the competition as 8:1 ratio in Pacquiao’s favor. Speculations then, by the majority were rife that the fight would not go the distance.

It was obvious then that during fight time, most bettors in the crowd who were watching the trilogy whether inside or outside MGM, they didn’t bet for Marquez’s loss to Pacquiao but they bet for Pacquiao’s stoppage of Marquez, however, their expectation did not happen.

You can just imagine how their faces look in bewilderment why it didn’t happen. What they didn’t know that Pacquiao changes strategy and did a tactical approach in dealing with Marquez to win the fight in judges scorecards.

Pacquiao must have learned his lesson in their previous two engagements about his no let up aggression that despite earning him 4 knockdowns with Marquez in his favor he almost lost in the judges scorecards, the first a draw and the second a split decision.

In this trilogy, Marquez’s sourgraping about the result of the fight was understandable because they did not expect Pacquiao to be too cautious in his approach of engagement on fight time, what they expect is a total war, the trademark of Pacquiao.

But Pacquiao is much smarter now he knows exactly that by brawling and slugging it out is not the key to win the fight with Marquez.

His tactical approach is, as the champion he has to be aggressive, cautious and consolidate his punches to outpoint Marquez by the punch in order to win in the judges’ scorecards, and fortunately he did.

In a computer generated statistics, it has shown that Pacquiao unanimously landed more effective punches than Marquez. 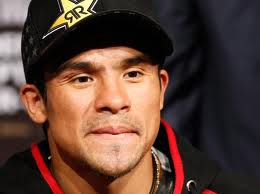