Roger Federer was ranked third in the world, then slipped down to world no. 4 when he was dislodged by Andy Murray after the latter’s successful campaign with back to back tour titles in Bangkok, Tokyo and Shanghai.

However, Federer moves back to world no. 3, after his ATP World Tour Finals victory after the Swiss beat Jo-Wilfried Tsonga 6-3, 6-7, 6-3 to clinch the title.

Despite Federer’s strong performance and winner of the recently concluded world tour, he insisted that his victory will not see him go into 2012 with a psychological edge after finishing the season on a high.

Earlier, Federer has also won tour titles in his home town of Basle and at the Paris Masters.

Both no. 1 Novak Djokovic and no. 2 Rafael Nadal, meanwhile, have made no attempt to hide their physical and mental exhaustion in the tournaments.

For Djokovic the challenge will be coping with the pressure of expectation and defending so many points after his sensational year.

The Spaniard Nadal has clearly struggled with his game and his mind this season, fueled by a series of high-profile losses to Djokovic.

Nadal won only three titles in 2011, his lowest tally since 2004 and all on clay, and has much work to do to rediscover his best form.

Federer failed to win a grand slam title in a calendar year for the first time since 2002, and he knows it will be just as tough to break that run next season. 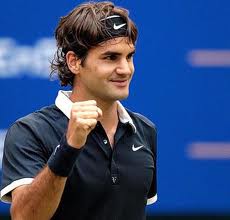