World no. 3 Roger Federer has withdrawn from the Qatar Open with a back injury ahead of his semi-final against Jo-Wilfried Tsonga.

The defending champion sustained the injury in the second round while playing against Grega Zemlja but despite the injury still he has managed to play for his next match beating Italy’s Andreas Seppi over three sets in Thursday’s quarter-final.

“I’ve just been trying to manage the situation really. Back spasms happen and sometimes you can contain them with massage and pain killers, said Federer. “It’s a sad moment for me, the tournament and the fans, but health comes first.”

The 30 year old Swiss feels ‘optimistic’ he will be fit for the Australian Open which starts on January 16, where he hopes to win back the title he lost to Novak Djokovic last year. 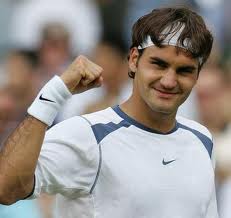