Rory McIlroy, Luke Donald and Lee Westwood have been grouped together for the opening round of the WGC-Cadillac Championship in Miami.

Tiger Woods, will start with defending champion Nick Watney and Spain’s Sergio Garcia.
Phil Mickelson plays with Hunter Mahan, who beat McIlroy in the final of the Match Play, and Adam Scott.

Paul Casey is set to play for the first time since dislocating his shoulder last December in Colorado.

Ian Poulter, who was doubtful after being diagnosed with pneumonia last week is Itching to get back in the tournament.

Northern Ireland’s McIlroy became world number one recently but Englishmen Donald and Westwood both have a chance to unseat him with victory at Doral.

For the second year, the top three players in the world will tee off together at this event.

Donald was world number one for 10 months until McIlroy overtook him by winning the Honda Classic , while Westwood held the top spot prior to Donald’s ascent.

Westwood, who lost to McIlroy in the WGC Match Play semi-finals, stated: “There’s nothing hard about being number one in the world.

Tiger Woods, who finish second to McIlroy in the Honda Classic Championship is in stiff contention to snatch the WGC – Cadillac championship in favor to the former world no. 1. 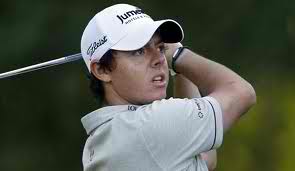