World no. 2 golfer Rory McIlroy leads the opening round of Hong Kong Open in a three way tie for a lead on six under par after David Horsey and Alvaro Quiros matched the 22-year-old’s opening 64.

McIlroy was among the first groups who collected six birdies without dropping a shot to set the early clubhouse mark during windy morning conditions.

In the afternoon, Horsey responded with a similar effort while Quiros chipped in at the 18th to also end the day six under par.

Hongkong Open two time winner Miguel Angel Jiminez is a stroke behind at five under par 65. 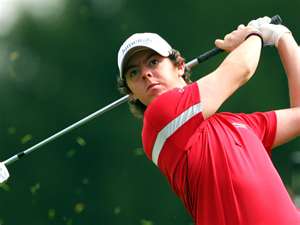