World no. 2 Rory McIlroy is preparing his game ahead of time on the upcoming Dubai Desert Classic Championship to be held this week.

The US Open Champion made his practice round at the Emirates Golf Club on Tuesday with the presence of girlfriend Caroline Wozniacki, the women’s world No 4 tennis player as his guest.

The couple have been spending time together in recent months despite their busy schedules.
The North Irish champion was warming up on the the Majilis Course.

McIlroy will be among the favorite to bag the big prize as the European Tour is back to Dubai this week after it made some stops in Abu Dhabi and Qatar on the recent ‘Gulf Swing’. The action starts this week.

World no.3 Lee Westwood is among those who will be participating in the tournament and one one of the favorites in Dubai partly due to his past success at the Emirates Golf Club course, including a second-place finish in 2010.

This week, several other big names will be in Dubai along with Westwood, including U.S. Open champion McIlroy, world No 4 Martin Kaymer and defending champion Alvaro Quiros.
The star studded European Tour this season would consist of elder players and relative newcomers.

Among them are Branden Grace, a 23-year-old South African, won two of the first three tournaments and then 117th-ranked Robert Rock outdid Tiger Woods to win the Abu Dhabi tournament. Paul Lawrie won the Qatar Masters,catapult him into the top 50 from 272nd a year ago. 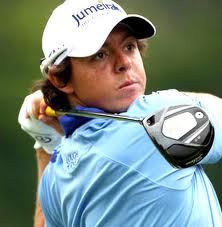