Rory McIlroy of Northern Ireland made a disappointing third round with a level-par 70.

The world no. 2 is three shots behind from the the third round leader Alvaro Quiroz of Spain.

Quiroz maintained his lead since opening as he gave a solo lead at 67, ten under par.The Spaniard is one stroke clear of Peter Hanson, while England’s Ian Poulter went round in 67 to move to four under.

Spaniard Quiros, by contrast, did not drop a shot all day and a birdie on the penultimate hole enabled him to hold off the challenge of Sweden’s Hanson.

Hanson’s 65 featured four birdies on the back nine, while South Korean YE Yang also went round in five under at the Hong Kong Golf Club.

The US Open champion, who must finish in the top two to have any chance of overhauling Luke Donald in the Race to Dubai, shared the overnight lead with Quiros.

However, he found sand at the fourth en route to two bogeys in the first five holes. Birdies on the 13th and 17th only partly repaired the damage.

South Korea’s YE Yang and Pariya Junhasavasdikul are tied for third on eight under, while England’s David Horsey is in the group at five under par following a 69.

Defending champion Ian Poulter is six shots off the lead at four under after a 67, while Scot Richie Ramsay is on the same score after a 72. 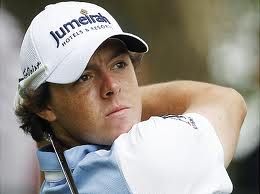