Los Angeles Superior Court Judge Stephanie Sautner said she was more than impressed after Mel Gibson completed twice the community service required of him for his battery conviction.

The controversial ‘Lethal Weapon’ star was given a glowing review by his probation judge after attending counseling and doing double his community service.

Judge Stephanie Sautner was far more pleased with Mel Gibson than fellow probationer Lindsay Lohan in which the judge also dealing the case of the latter.

Gibson was sentenced after against after pleading no-contest to a charge of battery against his ex-girlfriend Oksana Grigorieva in March.

The recovering alcoholic ‘Brave Heart’ has been working with Mending Kids International, and he previously said working with the organization had helped him realize what the important things in life really are.

He said, ‘It gives you perspective. It’s one of my faults, you tend to focus on yourself a lot, which is not always the healthiest thing for your psyche or anything else.

‘If you take a little time out to think about other people, it’s good. It’s uplifting.’

Earlier this year the court received a letter from the charity’s executive director Marchelle Sellers who said Gibson helped plan a neurosurgical mission to Guatemala.

He added the Apocalypto director went above and beyond his court-mandated hours, spending more than 46 hours of his own time helping with the Guatemala project and visiting children in hospitals.

And it seems he has continued working hard in an attempt to make amends for his previous behavior.

It is more good news for the Oscar-winning star, who was ordered by an LA in September to pay just US$ 750,000 to Grigorieva. 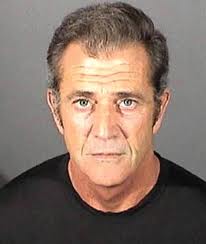