World no.2 Rory McIlroy intends to balance his commitments with the European Tour but vows to spend more time and exposures playing in the U.S. next year.

McIlroy has signaled his intention to play more events on the PGA Tour next season.
The U.S. Open Champion, who is in Hong Kong for this week’s Hong Kong Open, insisted it would not come at the expense of his European Tour commitments.

‘I’m just going to add a couple more events to my schedule in America, it’s not a drastic change,’ according to McIlroy.

‘The European Tour has been good to me for the first few years of my career, I’ll never leave the European Tour but Luke Donald has proved this year that you can play both tours and be very successful.’

He pointed to world No. 1 Luke Donald as an example of someone who has successfully played both sides of the Atlantic.

McIlroy praised Luke Donald’s ‘phenomenal year’ and admitted he needs to emulate the Englishman’s achievements if he is to capture his world No 1 crown.

Donald’s remarkable season has brought four wins, including the WGC Accenture Match Play Championship, and the US Money Title.

The 33-year-old, Donald is on course to win The Race To Dubai as he attempts to become the first man to top money lists on both sides of the Atlantic in the same season.

McIlroy, who finished at 29th on the concluded PGA Tour money list with US$ 2.3 million, is currently in third place on the European Tour money list and is hoping a good share of the $2.75 million on offer in Hong Kong this week will reduce his gap to Donald.

“I certainly hope this will be my year. I have come close twice in Hong Kong, finishing second in 2008 and 2009. Maybe this time I can do it,” McIlroy said. 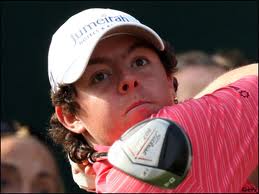