Rory McIlroy of Northern Ireland comes through play-off with Anthony Kim to win US$ 2 million dollars prize at Shanghai Masters.

The 22-year-old McIlroy, beat American Anthony Kim at the Lake Malaren Shanghai Masters after a final-round shoot-out between the two.

McIlroy resumed three clear, but had a bogey to Kim’s birdie on the first and when he dropped another shot at the 11th trailed by one.

The US Open champion drew level with a birdie at the long 15th, however, and with pars at the final three holes they tied on the 18-under-par mark of 270, McIlroy going round in a level-par 72 to Kim’s 69.

At the first extra hole Kim missed a three-foot putt and McIlroy’s two-footer for par gave him the title.

It was his fourth victory as a professional and his second of the year following his eight-shot triumph at the US Open in June.

South Korean Noh Seung-yul and American Hunter Mahan were five strokes back in joint third, England’s world number two Lee Westwood missing the chance to join them by bogeying the last two holes after he had holed-in-one at the 12th.

McIlroy’s win does not improve his world ranking position or boost his Ryder Cup points because the tournament did not have official tour status. 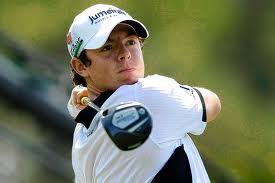