Russia now has a burgeoning growth of HIV victims where more than half million are officially registered cases. The United Nations HIV/AIDS (Unaids) program and others, have estimated the number to be closer to one million.

While in recent years the government has increased its efforts to fight HIV, current programs almost completely neglect those groups at the heart of it, according to Dr. Vadim V. Pokrovsky, the head of country’s Federal AIDS Center.

They look like addicts anywhere in the world, tattered and vacant eyed, they circle Moscow , the use of methadone or other pharmacies known to sell prescription drugs illicitly, looking for something to inject for a quick high.

The epidemic here has defied worldwide trends, expanding more rapidly year by year than almost anywhere else. Nearly 60,000 new cases of HIV, the virus that causes AIDS, were documented in Russia in 2009, an 8 percent increase from 2008, according to Unaids.

Many of the addicts gathered outside one pharmacy in southern Moscow said they had often tried to stop.”You want to quit, and you don’t,” said a graying 33 year old named Maxim who had the scarred arms of a dedicated user.

Through public examples of Russia’s problem with heroin are not new, the issue has recently come to symbolize a broader failure. The country has become one of the world’s low points in the effort to fight the spread of HIV and unchecked intravenous drug use is the biggest cause, international health officials say.

While some regions have experimented with needle exchange programs, the practice, which has proven effective at reducing the spread of HIV in other countries, has not been adopted on a national level.

The country’s top medical and political officials have roundly condemned drug substitution therapy for heroin addicts, the use of methadone or other narcotics, widely considered an effective way to wean people off the drug, on the basis that it substitutes one form of addiction for another.

Doctors who have flouted the official ban on the treatment have faced prosecution and even harassment by Kremlin backed youth groups.

Patients and doctors have complained of frequent shortages of anti-retroviral drugs, and many addicts who become infected do not even know that medicines are available, said Pyotr Nikitenko, 28, a former heroin user who now works for a Moscow based outreach group called Yasen.

He said he was able to wean himself off heroin with the help of his family, escaping the fate of most of his friends, who he said now were HIV positive.

This year, the government plans to nearly double spending on HIV drugs to about US$ 600 million dollars and expand prevention programs focusing on youth, according to Galina G. Chistyakova, a Health Ministry official. 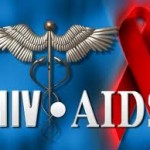 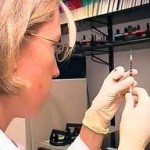