The lashing punishment handed by the court to Shayma Jastaniah for flouting the driving ban has been overturned by Saudi King Abdullah.

The court decision has caused an uproar among Saudis and expatriates living in the Kingdom.

Shayma, in her 30s, was earlier found guilty of driving without permission and the court sentenced her to 10 lashes on Tuesday, a day after Custodian of the Two Holy Mosques King Abdullah granted Saudi women the right to vote and run for municipality council positions and sit on the Shoura Council as full members.

It was the first time a legal punishment had been meted to a woman, breaking the longtime ban for women to drive in the ultraconservative Muslim nation.

No Saudi law prohibits women from driving, but conservative religious edicts have banned it.

It was not clear about the king’s reasons for intervening in the case. 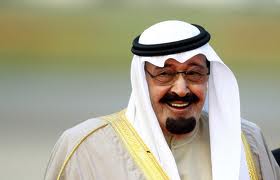