Manal Al-Sherif, a 32-year-old Saudi woman was jailed on charges of driving without a license in the eastern city of Khobar last week.

She was expected to be released on Friday after five days in jail, according to her attorney, Adnan Al-Saleh.

However, the Saudi woman now the center of controversy who went against the conservative kingdom’s ban on female drivers will reportedly still remain behind bars for another 10 days while authorities decide her fate.

“The investigator needs another 10 days to complete his investigation.” Al-Saleh said. “He will decide whether Manal is innocent and has to be released or he will refer her to the prosecution unit, a government organization, and they might refer her to a special prosecutor to deal with the case.”

“I feel the fair and right thing would have been to release her on bail,” the lawyer said.

Al-Saleh appealed to authorities to deal with Al-Sherif’s case on humanitarian grounds, saying that she did not commit a ‘grave crime to merit a long detention.’

Saudi Arabia is the only country in the world to ban women, both Saudi and foreign, from driving, forcing families who can afford to do so to hire live-in drivers.

Those who cannot afford the fees of up to US$ 400 dollars per month for a driver must rely on male relatives to drive them. 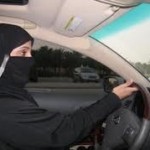