Rumors are rife that both Oprah Winfrey and Barbara Walters have set their eyes on Pippa Middleton and think that the famous little sister of Kate, now the Duchess of Cambridge, would be a fantastic asset to their daytime talk show program.

Years back there was a move by Walters to hire Kate Middleton as her co-host in ‘View’, when the latter broke-up with her then boyfriend Prince William, but unable to get her on board when William has reconciled with her.

Now Walters thinks of Pippa Middleton, who is now a popular celebrity in her own right who she thinks fit for her program. She thinks that public ratings would be awesome with Pippa’s presence.

On the other hand, Oprah Winfrey thinks the same thing, she also wants Pippa Middleton to host her own show for her OWN network. Winfrey knows that Pippa would be an asset to her show because of her popularity and Americans are so obsessed with the royals.

Up to this time, Pippa has yet to comment on the daytime talk show offer that has been in circulation and the potential showbiz future which could definitely be a good break for her. 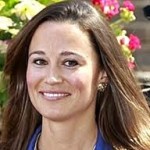