The Senate approved previous amendments to Anti Money Laundering Act (AMLA) in two tranches, SB 3009 which allows the Anti-Money Laundering Council (AMLC) to look into the bank accounts of suspected money launderers without notifying them and SB 3127 which criminalizes the terrorist financing.

However, the two previous amendments to the AMLA cut short of what the Paris-based Financial Action Task Force (FATF) objective and thus a third amendment was made in SB 3123.

The FATF set Oct. 19, 2012 as the deadline for the Philippine lawmakers to pass the third amendment.

However, the amendment was not passed before the Senate adjourned last Oct. 17.

Presidential Spokesperson Edwin Lacierda stressed the importance of the passage of the amendment to improve the country’s laws against money laundering and terrorist financing.

“We were given until February to pass the third tranche of the amendments,” he said.

Meanwhile, Senator Sergio Osmena III, chairman of the Senate Committee on Banks, Financial Institutions and Currencies commended Anti-Money Laundering Council (AMLC) Executive Director Vic Aquino for convincing the FATF that the Philippine Senate is making every effort to pass the amendments under Senate Bill No. 3123.

”He was able to convince the FATF in Paris that we just had a difficult time. We missed six months of legislative work owing to the (former Chief Justice Renato) Corona impeachment trial, so to give us a little more time,” Osmena said.

The FATF, which has 36 member countries, was established by the G-7 Summit in 1989 in response to mounting concerns over money laundering that may pose threat to the banking system and to financial institutions. 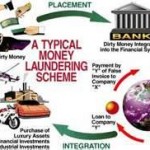