Plant scientists had bred a strain of wheat that thrives in salty soil known as Durum.

Durum wheat has a salt loving gene that yields up to 25 percent greater than ordinary counterparts, according to trials carried out in highly saline fields.

The gene, called TmHKT1;5-A, helps remove sodium from water that is transported from the plant’s roots to the leaves, said a research team led by Matthew Gilliham of the University of Adelaide, southern Australia.

TmHKT1;5-A was inserted into a commercial strain by traditional cross-breeding, not through genetic engineering, which is contested in many countries.

Durum wheat is used for making pasta, bulgur and couscous. It is more salt-sensitive than bread wheat (Triticum aestivum).

Salinity has been a problem in arid and semi-arid developing countries where soils are naturally salty or irrigation water has a high level of salt.

In January, scientists in Britain and Japan unveiled a fast-track way to spot promising genes and splice them, using classical methods, into rice plants to make them salt-tolerant.

The first beneficiaries of this could be Japanese farmers whose fields were submerged by last year’s tsunami.

Around 20,000 hectares (50,000 acres) of paddy fields in northeastern Japan were flooded by seawater, wrecking their ability to produce crops with conventional rice cultivars.

By some estimates, world food requirements will soar by 70 percent by 2050 as the planet’s population rises from seven billion today to nine billion.

The challenge will be made even tougher by the impact of climate change on rainfall patterns.

With Durum wheat that can thrive in saline soils, it boosts the quest to feed Earth’s growing population at a time of water stress and climate change. 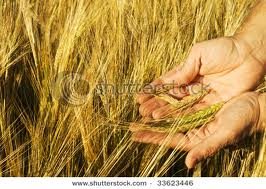