Scientists in the United States have developed a vaccine that attacks tumors, a breakthrough they hope will help fight breast, colon, ovarian and pancreatic cancer.

The vaccine works by training the immune system to attack tumors that have an MUC1 protein on the surface of their cells, according to the study published in the Proceedings of the National Academy of Sciences.

MUC1 is found on more than 70 percent of the most aggressive and lethal types of cancer, including most kinds of breast, pancreatic, ovarian and multiple myeloma.

“This is the first time that a vaccine has been developed that trains the immune system to distinguish and kill cancer cells based on their different sugar structures on proteins such as MUC1,” said study co-author Sandra Gendler, professor at the Mayo Clinic in Arizona.

“This vaccine elicits a very strong immune response,” said study co-senior author Geert-Jan Boons, a professor of chemistry and a researcher in the University of Georgia Cancer Center.

“It activates all three components of the immune system to reduce tumor size by an average of 80 percent.”

The protein is also overexpressed in 90 percent of breast cancer patients with so-called ‘triple negative’ tumors that do not respond to hormonal therapy such as Tamoxifen, aromatase inhibitors, or the drug Herceptin. About 35,000 patients diagnosed every year whose tumors are triple-negative in the US alone.

These patients urgently need a new approach to their cancers and the newly developed vaccine against MUC1 is catered to address the problem. 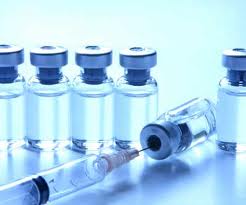