Lawmakers at the House of Representatives obtained the required number under the rules on impeachment, which is one-third of the total number of lawmakers needed to send the impeachment complaint to the Senate.

The process was swift, since it only took several hours for congressmen to be apprised of the Articles of Impeachment prepared by lawmakers themselves and to vote on the articles.

With 285 House members, only 95 votes are needed for the complaint against Corona to be transmitted to the Senate.

Among the issues raised in the draft complaint against Corona are the following to wit;

3] Others include the refusal to account for the Judiciary Development Fund.

5] Failure to disclose publicly statement of assets, liabilities and net worth.

6] Failure to meet Article VIII, Section 7 (3) of the Constitution or issue of competence, integrity, probity and independence.

7] Blatant disregard of the principle of separation of powers by issuing a status-quo order against the House of Representatives in the case concerning the impeachment of then-Ombudsman Merceditas Gutierrez.

8] Disregard of the principle of res judicata and in deciding in favor of Gerry-Mandering in the cases involving the 16 newly-created cities.

9] The promotion of Dinagat Island into a province.

a) During Arroyo’s vice presidency Corona served as her spokesman and chief of staff.

b) When Arroyo took the presidency in 2001, Corona assumes various posts as presidential chief of staff, presidential spokesman and acting executive secretary.

c) In April 2002, Arroyo appointed Corona as associate justice to the Supreme Court.

The 1987 Constitution provides that there should be no more appointments two months before the elections. 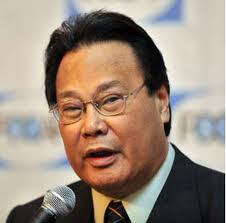