Senator Miriam Defensor Santiago was elected judge to the International Criminal Court (ICC), an independent body that prosecutes individuals for crimes against humanity and war crimes.

She is the first Filipino and Asian from a developing country to serve as ICC judge, thus earning a place of honor for the Philippines in the judicial body’s history.

The Department of Foreign Affairs (DFA) said that “one other country from Asia is competing for that seat,” but was not among those that the independent panel found as qualified.

According to Santiago, there are 18 judges on the ICC, six of whom are scheduled to be replaced this year.

Santiago, who will have a nine-year term as judge in the ICC, said that her oath-taking would not take place until March next year.

“Perhaps I could spend one more year here,” the senator added.
According to her, once she leaves the Senate, her post will remain vacant until the next polls.

Earlier prior to her election to the international court, an independent civil society panel found Santiago ‘qualified’ to be an ICC judge.

A former trial court judge and an expert in international law, Santiago was among 19 candidates seeking six vacant seats on the ICC, the DFA said earlier, adding that the Coalition for the International Criminal Court (CICC) listed her as one of several candidates qualified for the job.

The CICC established the Independent Panel on International Criminal Court Judicial Elections in December last year to urge state parties to nominate the most qualified candidates for ICC judge.

CICC includes 2,500 civil society organizations in 150 countries working in partnership to strengthen international cooperation with the ICC which is based in The Hague, the Netherlands.

Based on geographic representation, one of the six is reserved for Asia. 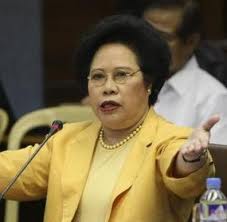 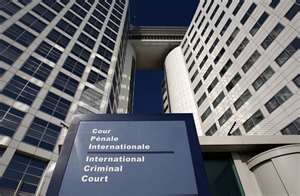