Serena Williams, the defending champion was originally seeded no. 8 but the withdrawal of second-seeded Kim Clijsters due to injury moved the rest of the field up one spot.

Now, at no. 7 in Wimbledon seedings, this allow her to avoid playing the highest-ranked players until at least the quarterfinals.

Her injury was sustained when she stepped on a broken glass where she underwent two foot surgeries and later had blood clots on her lungs made her missed almost a year of competition.

Prior to the accident, Williams won her 13th grand slam at the All England Club.

She returned on Tuesday at Eastbourne, coming back from a set down to defeat Tsvetana Pironkova 1-6, 6-3, 6-4. 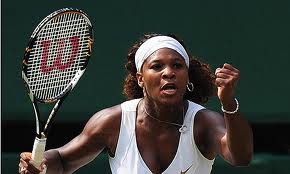