Prince William and Kate have decided to put on hold the hiring of their household staff now, not until they have moved to their new residence at Kensington Palace.

The couple’s private secretary, Jamie Lowther-Pinkerton, told reporters that the household will be reassessing what is needed towards the end of the year.

Jamie Lowther-Pinkerton, admitted that it was ‘a mistake’ to advertise for staff for the couple so soon. “We’re going to take it a little slower and review at the end of the year,” he said, adding sheepishly, “I’ve never worked for a woman before, as you’d expect in my life of work.”

Meanwhile, in the upcoming visit of The Duke and Duchess of Cambridge to California on July 8, the duchess may be enlisting the services of hairdresser James Pryce to be with her in their North American Tour.

Part of their entourage are a secretary, who will primarily support Kate, two press secretaries, Lowther-Pinkerton and an assistant private secretary, who’s in charge of the tour management, an insider said.

The royal couple will also use staff at the residences where they’ll be staying.
Sir David Manning, a former diplomat, who acts as an adviser to the princes and Kate will also be on the trip. 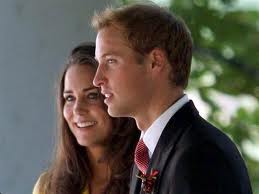