Maria Shriver has hired a leading divorce lawyer following the discovery that her husband Arnold Schwarzenegger fathered a child with their housekeeper.

At first, Ms. Shriver has second thoughts of pursuing divorce proceedings against her husband in view of her Catholic faith.

However, she has now decided to hire the services of lawyer, Laura Wasser for the dissolution of her marriage with Schwarzenegger.

Among Wasser’s clients include Mel Gibson’s wife Robyn who filed for divorce from the troubled star in 2009 and Angelina Jolie in her break-up with Billy Bob Thornton in 2003.

Shriver decided to annul her marriage after Schwarzenegger confessed to her that he has a child out of wedlock with their household staff, Guatemalan-born Mildred Baena, 50.

Her illegitimate son, now 13, was born less than a week after Miss Shriver’s youngest son.

Mr.Schwarzenegger, the former Mr.Universe and California governor, was said to have only discovered the child was his after he was born, and to have been generous financially during his upbringing. 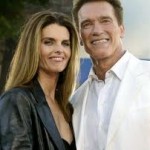