The John Jay College of Criminal Justice, a research team, is commissioned by the U.S. Roman Catholic bishops to determine the cause of sexual abuses of priests.

They found that less than 4 percent of accused priests can be considered pedophiles, based on a definition specifying attraction to those age 10 and younger, ‘thus, it is inaccurate to refer to abusers as ‘pedophile priests.’

Interestingly enough, The American Psychiatric Association’s Diagnostic and Statistical Manual of Mental Disorders uses an age ceiling of 13 in its definition of the sexual disorder.

“If the John Jay researchers had used that cutoff,” the paper explained, “a vast majority of the abusers’ victims would have been considered prepubescent,” which would make the pedophilia label seem more likely.

Victims’ rights groups want to know why past abuse was allowed to continue, rather than where the abuse originated. Neither group seemed to get what they wanted from this particular study in the end.

According to the study, the problem was mostly due to poor seminary training and a lack of emotional support for men during the time period.

Social problems were blamed largely because of the 1960s, at a time “of upheaval in many areas of society,” though that connection seems lacking of sound basis at best.

Victims’ groups understandably dismissed the study as a way of shifting blame from the bishops that ignored the abuse and allowed the priests to continue, to the priests themselves.

If the church really is interested in figuring out what is going on, they should look into why pedophiles were able to become priests in the first place.

Once they were in the position of power, then the urge would drive their abuse. Pedophiles are driven by compulsions and opportunity.

The church scandal showed that the priests had both. That would be a great place to start looking if they want to eliminate that possibility in the future. 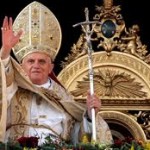