When Simon Cowell left ‘American Idol’ for ‘X-Factor’, he never thought that it would do much better this year as compared to during his heydays when he was on the show. He didn’t expect ‘The Voice’ to be a hit either.

That might have given him the idea more to worry than anything else. Not only is there a question of how The X-Factor will get along against these other singing competition shows, but there’s a question about whether anyone is even going to be in the mood for another one in the fall.

Obviously, American Idol will return for a season 11 and newcomer The Voice is not only set to return, but word is BBC is preparing to air their own version, as well.

X-Factor creator Simon Cowell is never one to back down but likely make other people nervous. However, this time he seems to be apprehensive over bringing his show to the States this fall.

This is not the first time that Cowell is nervous over his show X-Factor according to a source, back then in February, it was about a US$ 5 million dollar purse at stake.

“I think you should be nervous,” Cowell said in a conference call. “By putting up that kind of prize money, it’s a massive, massive risk. But it’s also an incredible incentive, and I think it puts everybody, rightly, under an enormous amount of pressure.” 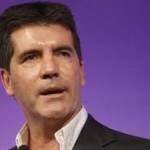