American Idol creator Simon Fuller has sued the US TV network Fox, claiming some fees and credits for the US version of The X Factor.

This is a precedent dispute in 2004 arising similarities between Fuller’s American Idol talent show and Cowell’s UK show, The X Factor.

Fox and Fremantle however, insist that Fuller ‘has not been hired, nor performed any duties’ on the program. They believe that the claim by Fuller is ‘without merit and they expect to prevail.’

Fox broadcasts both American Idol and the US version of The X-Factor, and Fremantle Media is producing both shows.

The legal action was filed in Los Angeles Superior Court, after the relevant parties were unable to settle the matter privately, according to Fuller’s spokesman. 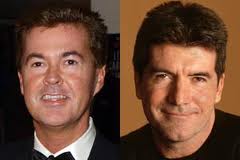