A team of Italian expedition lead by geologist Leonardo Piccini from the University of Florence has discovered the bones of extinct sea cow species that lived about 20 million years ago.

Skeleton parts of the extinct mammal were found embedded in a limestone rock above the waters of the underground river in a cave on the island of Palawan, Philippines.

Piccini speaking on the sidelines of a symposium at Malacañang palace, where the find was announced, he said that it was a rare discovery in the region from the Miocene era, 20 million years ago.

“It’s the first remains of this kind of animal in the area, so it is important in reconstructing the habitat and the diffusion of this animal in the Miocene,” he added.

Initial findings with the fossil specimens, it suggests that it belongs to one of two extinct species of plant-eating sirenia, also known as sea cows and its about 6 ft. long (180 cm.), according to research by Federico Panti and Paolo Forti, a member of the Palawan expedition.

Such fossils find in the East had been limited to India with some fragmented finds in Madagascar, Pakistan, Sri Lanka, and the Indonesian island of Java.

“The specimens (found) in the Palawan Island represent the first from the Philippines and the easternmost occurrence in the region,” it added.

The Philippine government is duty bound in protecting the place while promoting it to be a world class tourist destination. 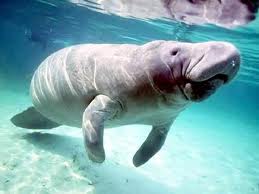