The ship was docked in Zhenjiang city on the Yangtze river when it leaked phenol, an acid used in detergents into the water because of a faulty valve, local authorities reported.

It is the nation’s second water pollution scare in a month, after factories in the southern region of Guangxi contaminated water supplies for millions with toxic cadmium and other waste in January.

Residents started complaining their tap water had a strange smell on Friday, and soon rumours that a capsized ship was polluting the river sparked a run on bottled water in at least two cities in Jiangsu province, the Shanghai Daily said.

With the incident, panic buying of bottled water for a couple of days as a supermarket shelf stripped nearly bare as a customer loaded water bottles into a shopping cart.

However, it stopped by the time consumers receive notice and assurance from the government that the tap water is safe for public consumption.

The water quality had now returned to normal, the government of Zhenjiang, in Jiangsu, said in a statement.

The spilled chemical phenol, also called carbolic acid, can irritate the eyes and skin, damage the liver and kidneys, and impair the nervous system if absorbed, according to the US Occupational Safety and Health Administration (OSHA).

Before hand a more serious environmental scandal in Guangxi, where a 300-kilometre (190-mile) section of the Longjiang River was polluted by toxic cadmium and other waste.

Many waterways in China have become heavily contaminated with toxic waste from factories and farms pollution blamed on more than three decades of rapid economic growth and lax enforcement of environmental protection laws.

In view of violation by some people on environmental laws, authorities have so far detained at least eight company executives and punished nine government officials over the case. 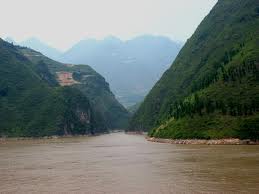