Melting ice from mountain glaciers particularly in Asia, are having a much smaller effect on sea levels than previously thought, with a ‘negligible mass loss’ over the last ten years.

The new study, published in Nature, used satellites to measure the loss of ice from ice caps and glaciers for the first time from 2003 to 2010.

Less than 120 out of more than 160,000 across the world have actually been measured because of the difficulty of accessing freezing and remote regions.

The results found that overall ice loss from ice caps and glaciers on land, excluding the huge ice caps on Greenland and Antarctica, is adding 0.4 millimeter per year to sea levels compared to previous projections that estimated 1 millimeter per year.

The change in estimates could account for the fact that the satellite is measuring ice much higher up the mountain range rather than concentrating on more accessible glaciers in warmer areas.

It comes after the “Himalayagate” scandal forced the Intergovernmental Panel on Climate Change (IPCC) of the United Nations to admit it was a mistake to predict the Himalayan glaciers would melt by 2035.

Prof. John Wahr, of the University of Colorado, pointed out that the new way of measuring glaciers using satellites is at an early stage and more work needs to be done.

Jonathan Bamber, of the Bristol Glaciology Center at the University of Bristol, said melting glaciers are an iconic symbol of climate change.

The contribution of glaciers and ice caps from the High Mountain Asia region comprising the Himalayas, Karakoram, Tianshan, Pamirs and Tibet to sea level rise were insignificant compared to that of North pole (Green land peripheral and South poles (Antarctica).

Water expansion as the oceans warm and the melting of the major ice caps at the North and South Poles are the main driver of sea level rise, which is predicted to rise by between 30 centimeters and 1 meter by 2100. 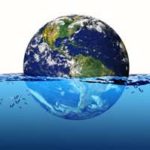 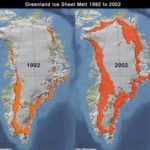 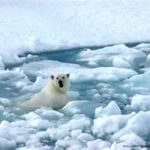