The company is seeking a US $35 million dollars in damages for breach of contract which is ten times what it paid to Hilton for her endorsement.

Paris Hilton’s lawyers say that the lawsuit for their client lacks merit and vowed for a possible counter suit and a fiery defense in court against Hairtech.

However, Hairtech has claimed that Hilton did not sport the company’s hair extension as promised and was absent during the launching party in 2007 because she was in jail during that period. 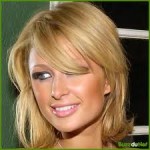