Stevie Wonder has been the victim of a blackmail try by a man who claimed to be his nephew accusing the singer of having an incestuous relationship with his sister.

The man arrested by authorities was Alpha Lorenzo Walker who claimed to be the son of the legendary singer and his sister.

According to website TMZ, authorities were notified when the man threatened to go to the media unless Wonder paid up a substantial amount in exchange of the embarrassing information against the singer.

Walker was initially trying to get a five million dollar pay-off from the ‘Part Time Lover’ singer but then lowered it to a meager US$ 10,000 when his initial request was not granted.

Walker together with his girlfriend Tamara Eileen Diaz as accomplice have been charged with felony extortion but have pleaded not guilty.

According to a felony complaint, Walker and Diaz attempted to obtain money from the Grammy-winning musician, whose name in real life is Steveland Morris.

The 38 year old Walker identifies himself as Wonder’s nephew and is being held without bail because of another case and was on probation at the time of his arrest after pleading no contest to grand theft in May 2011.

A judge issued a suspended three-year prison sentence in that case and he is due in court for a probation violation hearing on May 31.

Walker’s conspirator Diaz, her bail is set at US$ 95,000. Both are being represented by public defenders.

Diaz was placed on three years of probation after pleading no contest in February 2011 to possession of hashish with the intent to sell, court records show.

Both Walker and Diaz deny the accusations and are in custody awaiting a preliminary hearing on 16 May.

A judge will decide if there is enough evidence for the two to stand trial.

Insiders, however, told TMZ that the allegations of Wonder being involved in an incestuous relationship are completely false. 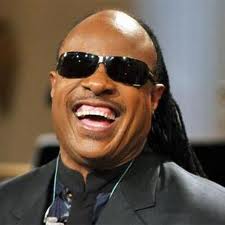