Stevie Wonder split from wife on July 27 in California to end his marriage of 11 years with fashion designer Kai Millard Morris.

The couple, who married in September 2001, have been separated since October 2009, according to documents obtained by TMZ.

Wonder, the father of five grown children from previous relationships, has two children with Morris; Kailand, 10 and Mandla, 7.

He has agreed to share custody of the two boys and pay child support. In addition, he has offered spousal support.

In the divorce docs obtained by TMZ, the music icon cites irreconcilable differences.

Although Wonder had already built up his fortune prior to his marriage with Kai back in 2001, some assets will be split, though the papers indicate the amount has yet to be determined.

This is the soul singer’s second divorce. He was briefly married to the late Motown singer, Syreeta Wright which lasted only for 18 months from 1970-72.

Over the course of his legendary fifty-year career, Wonder has earned award accolades as well as a fortune in royalties from classics like “For Once In My Life,” “I Was Made To Love Her,” “Isn’t She Lovely” and “I Just Called To Say I Love You” that he has penned and performed. 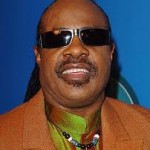